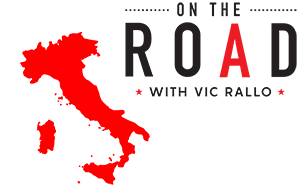 The following article was written by Sarah Griesemer and originally published in the Asbury Park Press. Photo credit is attributed to: www.paulganunphoto.com

In Italy, meatballs continued to grow in popularity, so much so that Pellegrino Artusi (1820 – 1911) was inclined to write: “Do not think for a moment that I would be so pretentious as to tell you how to make meatballs. This is a dish that everyone knows how to make, including absolute donkeys.” The Italians brought their recipes for polpette (meatballs) to America, each recipe developed within their families through the centuries. The Italians did not serve meatballs with spaghetti, and spaghetti was served alone. The dish spaghetti and meatballs was created to please Americans, who preferred meat served with their pasta.

It was not until the meat grinder was invented that the transition to using fresh ground meat began. A U.S. Patent was issued in 1829 for a crude grinder. A better grinder was recorded in 1845, using rotating cutting blades and a spiral feed.. This allowed, for the first time, an ordinary person to purchase fresh ground meat.

We can imagine butchers at the turn of the century grinding meat to order, while wives waited and exchanged new meatball recipes, contributing to the continuing popularity and variety of the humble meatball.

If you go to Italy, you will not find a dish called spaghetti and meatballs. And if you do, it is probably to satisfy the palate of the American tourist. So if not Italy, where does this dish come from? Meatballs in general have multiple creation stories all across the world from köttbullars in Sweden to the various köftes in Turkey. Yes, Italy has its version of meatballs called polpettes, but they differ from their American counterpart in multiple ways. They are primarily eaten as a meal itself (plain) or in soups and made with any meat from turkey to fish. Often, they are no bigger in size than golf balls; in the region of Abruzzo, they can be no bigger in size than marbles and called polpettines.

Polpettes are more commonly found at the family table than on a restaurant menu and hold a dear place in the heart of Italian home cooking. Pellegrino Artusi was a Florentine silk merchant, who in retirement followed his passion for food, traveling and recording recipes. In 1891, he earned the unofficial title of ‘the father of Italian cuisine‘ when he published the first modern Italian cookbook titled La scienza in cucina e l’Arte di mangiar bene: Manuale practico per le famiglie (The science of cooking and the art of eating well: a practical manual for families.) Artusi was the first to bring together the variety of Italy’s regional cuisines into one book and also importantly, the first to write for the home chef. Of polpettes he writes, “Non crediate che io abbia la pretensione d’insegnarvi a far le polpette. Questo è un piatto che tutti lo sanno fare cominciando dal ciuco,” which translates, “Don’t think I’m pretentious enough to teach you how to make meatballs. This is a dish that everybody can make, starting with the donkey.” Needless to say, meatballs were seen as an incredibly easy dish to make, but a popular one nonetheless.

But those large meatballs, doused in marinara over spaghetti are 100 percent American. So how did spaghetti and meatballs evolve from polpettes? The answer is similar to every ethnic cuisine that traveled to this country; immigrants had to make do with the ingredients they could find and afford.

About 4 million Italians immigrated to America from 1880 to 1920. The majority (about 85 percent) came from southern Italy, where political and economic circumstances left the region extremely impoverished, so it would be the cuisines of Sicily, Calabria, Campania, Abruzzi and Molise (and not Venice

) that would make their mark in the United States.

These poor immigrants went from spending 75 percent of their income on food in Italy to only 25 percent of their income on food in America. With more money came more food. Just like with the Irish and corned beef, meat became a meal staple instead of a rare (if at all) luxury. The whole dynamic of food changed completely. As a result, the dynamic of the family especially the role of women changed greatly. Women went from scraping to put food on the table to striving to be the best cook in the neighborhood. It was no longer about necessity but now what Nonna cooks what best.

Though these immigrants were eating more meat than they had ever before, they were not buying filet mignon. The comforting meatballs were the perfect solution to the quality of beef available. With the boost in income, not only was more meat consumed but in much larger quantities. The immigrants indulged and meatballs transformed from golf balls to baseballs and were made with significantly more meat and less bread. Whether you can taste it are not, meatballs are traditionally made with breadcrumbs, often crumpled stale bread soaked in milk, making the meatballs moist and soft. In traditional polpettes, the bread to meat ratio is equivalent, but the stateside version of the Italian meatball is a much denser sphere.

With the meatball must come the sauce and the spaghetti. When you look at an Italian-American restaurant menu, a large portion of the dishes will most likely be in a red sauce; manicotti, stuffed shells, baked ziti, chicken parmesan, eggplant parmesan etc…. This marinara sauce originates from Naples and comes from the Italian word, marinaro, meaning sailor. John Mariani explains how the sauce was named in How Italian Food Conquered the World, “There was a simple one of garlic, oil, and tomatoes called marinara, supposedly because it was made quickly, as soon as the mariners’ wives spotted their husbands returning fishing boats in the distance.”

For home cooks in the United States, this “sailor sauce” dominated Italian-American cuisine because

Which leads to the final part of the holy trinity, spaghetti. Though many credit Marco Polo for introducing Italy to pasta, Italians were eating it long before. The most accepted theory is the Arab invasion of Siciliy in the 8th century. But since its beginning in Italy, pasta has been considered as more of an appetizer and not a main course or side dish. It was actually American influence that invented a new role for pasta in the dinner meal. There are two theories to how pasta vaulted to its spot as a secondo piatto. The first is that Anglo-American diners were accustomed to having a starch accompaniment to their proteins, namely potatoes. To satisfy the requests of their clientele, these early Italian restaurants married the main course meat dishes with pasta. The second theory is that spaghetti, being one of the only Italian ingredients available in the U.S., became more popular in the home to new immigrants who were adjusting to their new wealth of food.

About the Author: Vic Rallo